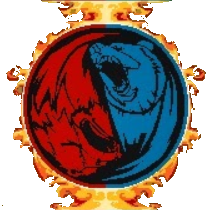 "The Battle of Berimond" is an event that usually runs for between 3 and 5 days. There are two factions (red and blue) and the aim is to defeat the opposition's capital, By destroying one of three lines of enemy watchtowers that lead there. Once these towers are destroyed, the capital can be attacked. Being on blue or red team effectively makes no difference other than the top 50 equipment pieces you can win.

It is one of the events,that can give you a lot of coins. If you have a good commander, you may loot 2-3M coins per day. When you enter the event, if you are not a ruby player, choose the middle option (9k wood/stone). As you may only transfer soldiers to Berimond (but not resources, you will need to loot resources from watchtowers attacks and also carefully plan your play and progress at  Berimond.

1. Upgrade your "training ground" and start recruit auxiliaries. Start a feast to boost the recruit (best is the one that cost 80k food and will give you 600% recruitment speed).
2. Build "storehouse" to hold more resources.
3. Transfer soldiers (100-200) + tools to Berimond. Mantles are very important, so try to transfer (1-2k at least). You will also need wall/gate tools: If you have Berimond specific tools (i.e "paw ladders", "the clow" and "Berimond shields") transfer 100-200 of each. If you do not have them transfer regular wooden tools (or ruby tools if you have many).
4. Keep recruit auxiliaries until you are at max level, and you are ready to start attack (!)
5. After you start attacking, keep the feast running (if it ends, start it again) and keep recruit auxiliaries to fill your strength.
6. When you start to loot resources, upgrade the "training ground" and "" to maximum. Then build more "storehouse" to hold more resources.
7. At the last stage, when you have maximum number of "storehouse" and your "training ground" and "Auxiliaries headquarters" are also maxed, start building decorations to increase your PO (Public order) and your morale. The best one to build is the "Drill ground". When needed, expand your castle to hold more decorations. A good target to morale is 180%.

You should always spy the watchtower before every attack (they are changing their defense formation between attacks).
The watchtowers have soldiers on all 3 flanks and also in the courtyard, So, the best way to attack them is to attack on all 3 flanks with full 4 waves. This will minimize your loss (since you get +30% bonus in courtyard). As the courtyard usually has a 50/50 ratio of range/melee soldiers, the best formation of attack is with similar ratio (waves 1-2 = ranged, waves 3-4 = melee).
When attacking include ranged tools (only in 1st wave) to negate the range defenders totally (match the range tools you put to the range power you see in top of attack screen). if you see 100% put 20 mantles. if you see 125% put 25 mantles and so on... If your space for tools is not enough to "cover" the range power with mantles use "Berimond shields". This way, your range attackers will fight only with the melee defenders (as you already should have known that when you deduct all range power of defenders with range tools, the range defenders actually does not exist in the battle).

When you do not have a strong commander (90/90 + decent wall/gate reduction) another option to attack is to use "cleaners" (1 cheap soldier, to tools) on 1st and 2nd waves, on all 3 flanks. Then the "base" stats of the watchtower are: 100% Ranged, 60% Wall and 60% Gate. So then you attack with range soldiers on 3rd wave and melee on 4th (you should fill all 3 flanks).

You should not waste resources on defense (build towers or put defenders in Berimond). Attacks are not so common, most of the experienced player attack towers not not other players, but it is always good to know what can be done in case of attack.
The best way to prevent from loosing your soldiers is to send them to the "Capital" (same color as yourself of course) like a regular support when you offline. When online you may also send them there (leaving 0 soldiers at camp) or attack your attacker.

The gallantry points you earn contribute to your activity points and the activity rewards you win during the event but also get added to your total gallantry points, a little like how Glory contributes to your activity rewards in the Foreign Invasion and Bloodcrows but also to your overall Glory score. Again, similarly to how Glory works, you get a title corresponding to how many gallantry points you have with each one giving you different bonuses. You can select whether to display your glory or gallantry title in the title screen (the bonuses for both titles are still active, even though you only display one).

There are special troops you can unlock at certain gallantry ranks (Imperial troops) which are comparable to the ones you get in the glory rankings (Kingsguard troops). The Imperial troops are slightly stronger than the Kingsguards. Additionally, the gallantry titles can give you food boosts making Berimond a lucrative event. Like Glory, Gallantry points are kept after the event ends but they will decrease by a certain percentage every day, even when the event is active.

Add a new comment for The Battle for Berimond