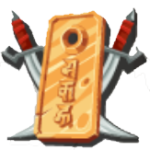 The Nomad Invasion is one of the "rotating" events in the Game.

During this event you attack 4 "Nomad Camps" located near your main castle. You can attack them without "cooldown" 10 times each (they start at level 80 and go up to level 90). Only when they reach level 90 there is a "standard" 90 minutes "cool time", (This "cooldown" can be boosted in the alliance improvements screen). 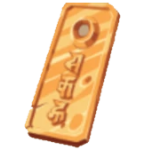 When successfully defeated those "Nomad Camps" you will get (among normal loot: wood, stone & coins) a special nomad currency called: "Khan Tablets". Those can be later used to purchase rewards it the "Herald of the Invasion" located outside your main castle. If you are in level 50 and up you will get silver & gold pieces that can be used in the "Master Blacksmith" for many type of rewards. When you reach 50,000 points, you might get a "Castle Passage token" that will allow you to transfer your main castle (in its exact shape with all buildings and decorations) to the "Outer Realms" event.

In addition, there is a "sub-event" called: "Khan's Revenge" - see later.

Nomad Camps defense formation is similar to "samurai camps" (Samurai Invasion event). They have soldiers on 3 flanks, but no soldiers on the courtyard. Therefore you may use the same technique when attacking those.

The rewards for "Nomad Invasion" are Silver & Gold Pieces. Those can be later used in the "Master Blacksmith" for buy many useful items, commanders, castellans, tools and more. Points refer to the number of "Khan Tablets" you collect during the event.

There are two type of rewards: Individual (as your own progress during the event) and for your alliance (based on the overall progress of all alliance members).

During the event, your "Khan Tablets" you collect are converted to points. You will get the rewards that are based on number of points during the event (as you progress). The "Top 100", "Top 50" and "Top 1" will be calculated at the end of the event.

During the event, your "Khan Tablets" your all alliance members collect are converted to points. You will get the rewards that are based on number of points during the event (as your alliance progress). The "Top 100", "Top 50" and "Top 1" will be calculated at the end of the event.

This is a "sub-event" which is active while the "Nomad Invasion" is running. You can attack a special target called "The Khan Camp" which is located near your alliance leader.  Every attack on "The Khan Camp" increase its rage points and when it reaches a certain level, you may trigger an attack from "The Khan Camp" on your main castle.  "The Khan Camp" starts at level 81 and is leveling up with (many) attacks from all alliances players. The Higher level of "The Khan Camp" the more difficult to defeat (it has more defenders, more tools and a better castellan) hence, the amount of rage points you get for every successful attack is higher.  When successfully defending those attacks, you will also get nice rewards. "The Khan Camp" defense formation formation is similar to "Nomad Camps":they have no soldiers in the courtyard. So you may use the same attack formation when attacking those.

Here is a detailed rage needed for all "Khan camp":