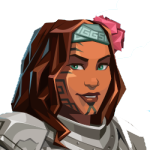 "The Storm Islands" is an event that last for 1 month in a separate kingdom (you will find it on the Kingdom's map). When the month is over, there is a "Moon Storm" that "washes" everything. The only thing that survive the "Moon Storm" are the "Cargo Ships" that you build in your castle. That can carry a special resource called: Aquamarine to "The Great Empire" kingdom. You will lose your castle & resources however, your troops & tools will be transferred automatically to your main castle in "The Great Empire" and the event will then start over again. The new version of "The Storm Islands" (from 2021) will give you better rewards than the old version, so this is a worth playing event.

The goal of "The Storm Islands" event is to have the most "Cargo Points". At the end of the event, all your "cargo points" will be added to the alliance total and rewards are given to the top players & alliances that reached the most "cargo points". You collect a special resource called "Aquamarine" which is used to build "Cargo Ships" that then will give you and your alliance "cargo points".

With the new version of "Storm Islands" there are 3 ways to get "Cargo Points":

Aquamarine is a unique resource for storm island. It can not be transferred to any other kingdom nor be donated to alliance funds. It is only used to build "Cargo Ships" which will give you "cargo points".  You may capture it from NPC targets (called: "Storm Forts") from "Resource Islands" but not from other players castles or "Resource Islands" (see "Fair Play").

"Resource Islands" are similar to "Resource Villages" (RVs) on kingdoms: they give you resources (wood/stone/aquamarine) but unless RVs you may hold them for a certain period of time depending on their size (4, 6 or 8 hours). Every "Resource Island" gives exactly one resource. At the end of the timer the "Resource Island" will sunk and give you that resource at once.

Storm forts is the easy way to get Aquamarine. They vary from level 10 to level 80, the higher a "storm fort" level you defeat, the more Aquamarine you loot. There are two types of "storm fort":

Those will have 20-200 defenders (according to their level) with range and melee tools. To defeat  those with minimum loss, you will need to attack with range tools (if you use a good 90/90 commander with good wall deduction, you will not need wall tools).

Those will have 15-20 defenders only, with no tools. Those are very easy to defeat, usually with 2 flanks attacks, without tools. They will usually will give you the same amount of Aquamarine (according their level).

When you build "Cargo Ships" to get "Cargo Points" you need to use your Aquamarine smartly (!) The best approach is to build them increasingly. This means that you should occupy all available space with level 1 "Cargo Ships" then upgrade all of them to level 2 and so on and so forth. You can see that in "Cargo Ships" up to level 8 the ratio between "Cargo Points" and "Aquamarine" is decreasing as you level up. Only with ships level 9 and 10 (very costly and a lot of time skippers to use) this ratio is increasing).

When you max your castle, demolish all except: 4 x farmhouse, storehouse, flour mill & barracks you will have space for 63 "Cargo Ships" which will require you, if you can maxed them all (with enough time skippers) an amount of 16,694,370 Aquamarine (!)

Storm Island has a new reward system since January 2021. Rewards are given to the alliances, based on all payers (that participate in "Storm Islands" during the month) performance. The more points your alliance is making the better the prizes (!)

"Storm Islands" is a great way for an alliance to obtain coins & rubies that can be used to various actions that can upgrade the alliance abilities. With this in mind, players of alliances that regularly participate in "Storm Islands" does not need to donate coins or rubies to alliance (therefore, can focus only on donation wood & stone).

Here are the rewards that you can get: